STOP CHILD ABUSE - WHY CHOOSE TO NOT ABUSE?

WHY CHOOSE TO NOT ABUSE? 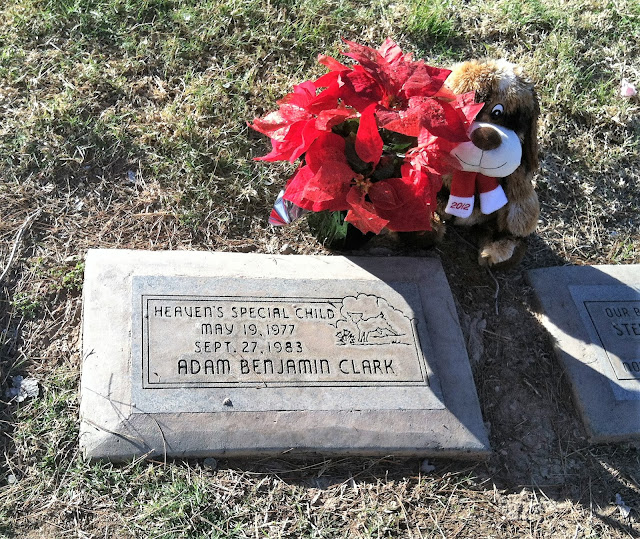 I am a parent of a murdered child. That gives me the right to say, feel, and act any way I want – as long as I don’t hurt myself or anyone else. When it comes to the monster who battered my tiny disabled child until Adam died, forgiveness is a word I choose to not apply.

Why would anyone abuse a child? Especially mine. Adam was severely disabled because he was born with Cornelia de Lange Syndrome. Adam didn’t cry. He made tiny noises because his voice didn’t include a loud dial. He couldn’t throw toys or make a mess of any kind except in his pants. He made a game of that and his sister and I always thought it was funny and laughed. He was our greatest source of joy. He was no bigger than a smiley-faced Teddy Bear. Not one of those ginormous expensive ones a person wins at a state fair, just a small one that could fit on your hip the way Adam did.

Yet a sub-human took it upon himself to abuse and destroy my child. Adam was thrown against a wall, beaten in the mouth, and then punched so hard my little boy didn’t survive. This fiendish brute had impossibly enormous hands that were hard with hate and red with rage. He used them to pulverize my little boy. WHY? Who can read the mind of a monster who chose evil over good?

Justice for Adam was denied for eighteen years because first, I was accused. WHY? I was an easy target for a lazy lead detective and society to condemn. It took eighteen years to convict Adam’s murderer and another seventeen years to exonerate me, but the fiend never confessed. WHY? The wicked monster who murdered my child claimed dissociation from the responsibility of his crime. He refused to look at himself in the mirror and acknowledge the horrors he committed.

WHY hit a child? Even an obnoxious stubborn acting-out kid – the way my step-daughter once was, never deserved being hit.

When she was a young girl growing up, she liked drama. I mean screaming, hollering, stomping, running, throwing a fit, accusing me of, “You’re not my mama!” drama. She visited our neighbors and accused me of hitting her. Her teachers called me and questioned me: “WHY would your step-daughter say you were abusing her if it weren’t true?” This little girl knew how to trigger both sympathy from others and my PTSD. I admit. Sometimes I felt like slapping her to quiet her down, shut her up, and save me from being falsely accused again, but I never did. She was a kid.

Instead of hitting her, I reasoned, cajoled, talked, waited, and prayed with and for her. Eventually, I had to distance myself so I would be safe from further accusations. I knew this phase would pass and it mostly has. I don’t think we will ever be friends because her drama-loving-real mama set the example for the off-off-Broadway performances in which both actively participated. Some of the talent for theatrics became her heritage and may feasibly stay with her forever.

No kid deserves to be abused.

Perhaps I didn’t hit my step-daughter because I was hit as a child. I remember the red-hot shock as my parent’s hand hit my face, the paw print of shame it imprinted on my skin, and how the switch striking my legs burned poker-fire stripes on my shins. I vowed then to never hit a kid. I didn’t want to make anyone to feel the way I did. There are better ways to discipline when discipline is needed but there’s no reason on earth or in heaven to hit a child.

For more stories on how to stop child abuse:
https://www.aslongasibreathe.com/2018/07/zero.html 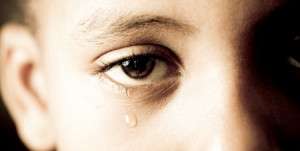 Joyce A Lefler is a true crime survivor and the author of
From Miracle to Murder: Justice For Adam.
She is a facilitator for Parents of Murdered Children,
a bereavement counselor, registered nurse,
and an advocate against abuse.
Connect with her:
Website:
http://www.fryedmarbles.com/
Facebook:
https://www.facebook.com/joycea.lefler.3
Advocacy project:
https://castingpearlsproject.com/from-miracle-to-murder
Amazon:
https://www.amazon.com/Miracle-Murder-Justice-Adam-ebook/dp/B07FMGGHTG/ref=sr_1_1_twi_kin_2?ie=UTF8&qid=1535937702&sr=8-1&keywords=from+miracle+to+murder