MIGRAINES ARE MURDER - MEMOIR OF A DISABLED BRAIN

MEMOIR OF A DISABLED BRAIN 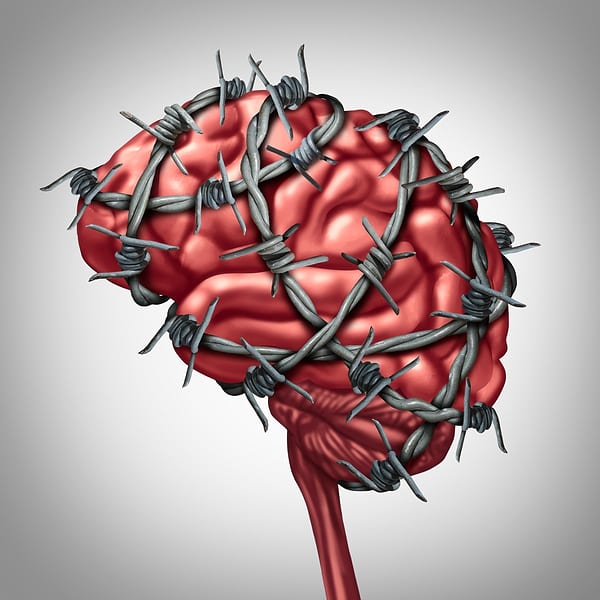 Imagine wrapping your brain in barbed wire. Every thought, every movement of your head and neck can cause the barbs to pierce the very thing that makes you be you. That’s what a migraine feels like. Sometimes it feels so awful, it hurts too much to cry.

During some of the migraines I’ve had, if I believed a pair of wire cutters would lessen the pain and pressure in my head, I would have cut holes into my skull to free me from the throbbing agony. Many, many times, I believed my husband would find me in the bathroom with my head in the toilet and my brains on the floor from a migraine that killed me in the dead of night.

For decades, people with chronic migraines have been accused of causing their own misery: taking too many meds, not taking enough, eating chocolate, drinking wine, stress, psychological issues, PTSD, depression, hypochondria, high blood pressure, dehydration, seizures, too much sugar, artificial sweeteners, a malfunctioning thyroid, and whatever anyone came up with.

I’ve been treated for all of these possible causes. I’ve eliminated artificial sweeteners, gluten, and nightshades from my diet, drank gallons of water, passed up that second glass of wine, and taken 500-count bottles of over-the-counter meds (not all at once, of course). I’ve been prescribed anti-depressants, anti-epilepsy drugs, anti-blood pressure drugs, non-steroidal anti-inflammatories, intra-muscular shots of serotonin receptor agonists, and intravenous infusions of anti-nausea and anti-histamines, plus narcotic analgesics. The truth is I’ve had no anti-migraine preventative success. 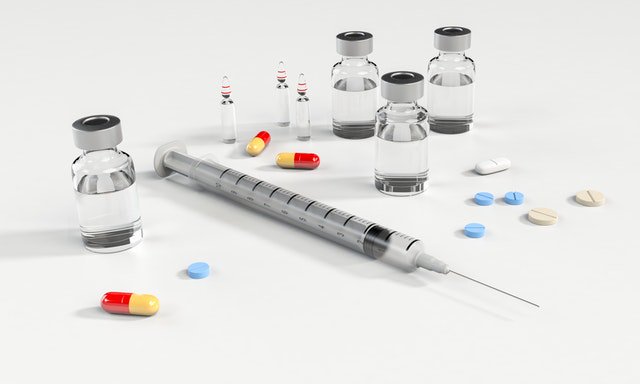 Years ago, Imitrex became my go-to drug when a serious migraine was in progress. But Imitrex does nothing to prevent the next one from happening. I feared going to sleep because the migraines that woke me up were excruciating experiences in madness.

Picture a train going down a track at full blast, hell bent on crashing into Grand Central Station, destroying every tile, column, shop, and artifact in its path – until someone applies the brakes – and the train slows down so passengers, their pets, and their packages can get safely get off. Imagine how frustrating and terrifying it is for the migraine sufferer to go to sleep at night or make plans for the day while anticipating their activities will come to a disastrous spin into debilitating pain.

After a transient global amnesia (TGA), a mini-stroke brought on by a migraine, I was diagnosed with a hole in my heart. I lived in fear I would have another incident that would leave me with permanent disabilities. A daily anti-coagulant and diuretic were added to my pill regimen to reduce the preload to my heart and so my red blood cells don’t stick together and form a clot. I had hope for a short while but these meds were another fail.

Decades of research to prevent the excruciating symptoms of a migraine led to the discovery of a protein that is released around the brain. Calcitonin gene-related peptide (CGRP) was accused, arrested, charged, and convicted as being the culprit behind most migraines.  CGRP causes intense inflammation in the coverings of the brain (the meninges). Inflammation causes swelling and that leads to migraine pain.

This classification of medication is not for the occasional migraine sufferer. It is for the migraine disabled: people like me.

The one I was prescribed is Emgality. After my first injection, I experienced an immediate - almost total - cessation of migraines. I’ve gone from having about seventy percent of my life occupied by some level of migraine, to having maybe one a week. That’s a pretty dramatic improvement in the quality of my life.

Once a month, every month, I look forward to giving myself a shot in my butt. No, it’s not birth control. It’s not an injection of silicone to mimic Kim Kardashian’s derriere. It’s my shot at having a terrific, joy-filled, and pain reduced life.


For more stories on living with migraines are murder:
https://www.aslongasibreathe.com/2019/04/spikes-through-my-eyes.html 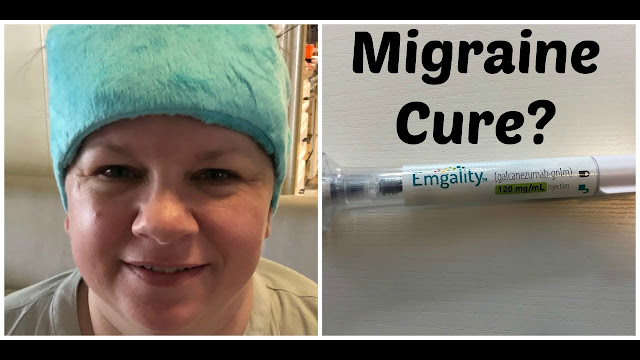