“You are not my daughter.”

I felt abused. I was accused. She made me cry again. Inside.


My mother lived during the winters in a tired trailer tucked into my sister’s back yard. She chose the trailer over living with me in my big house. The trailer had a miniature everything: a microwave, a stove, a refrigerator, a dinette set, and a recliner. We had a sturdy covered wood porch built outside its rickety aluminum door. I sewed and hung colorful curtains and made a matching bedspread. We made it as pretty as possible but it still looked like an old pig decked out in lipstick.

Her trailer had a tiny bathroom with a sink and a shower with hot and cold running water. But the toilet couldn’t be hooked up to the sewer so brown water drained via a hose onto my sister’s lawn. My sister thought it would be okay if the toilet flushed into her ‘organic’ vegetable patch as well. I didn’t. So we bought this composting toilet from Amazon for my mother to use while she lived in the trailer.

Now the concept of a composting toilet is a beautiful thing. Leave no footprint. Recycle. Save the world. The toilet looks quite regal when it comes out of the shipping box. Before it’s used. 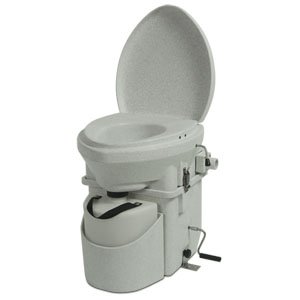 It had a front tank to catch pee and a pod in the back for poo. It became my job to empty it when I cleaned her trailer which I did every week or more: top to bottom, front to back, every drawer, every crack.

Glaucoma had robbed my mother of her ability to see more than a few feet away. It’s impossible to maintain sanitation when you can’t see grime on the floor or slime in the sink. Hoarding food becomes one of the few remaining ways she tried to maintain control over her life. I found chicken bones in her pockets, moldy cheese in the drawer with her bras, and tired tomatoes in the shoe closet. Milk soured and separated into curds-and-whey in the cupboard while baby maggots hatched in the trash.

These things didn’t bother me. She was my mother and my job was to keep her clean and safe from herself. Someone needed to save me.

I found two half-full paper cups of apple juice in the kitchen sink when I began my cleaning one day. I picked up one cup. I love apple juice and I thought that’s what it was.

White frothy tidbits swirled at the bottom of the cup. Maybe it was unfiltered apple cider? Yum. I took a whiff one millisecond before I gulped it down. The juice wasn’t cider. It wasn’t juice at all. My mother’s pee was in the cup.

I screamed with panic. I shrieked. I yelled. “Why did you pee in a cup and leave it in the sink for me? I almost drank it!”

“I usually dump it out before you get here. You were here too early today.”

The coup de grace of my cleaning day was the composting toilet: dump the pee tank, rinse, add bleach and rinse again, hang it out in the sun. Disconnect the poop pod, haul it into the berm of the yard, spread out a tarp, keep the chickens from investigating and pecking at the nuggets, scrape, retch. Disconnect the hand mixer, the one that stirs poo into the composting soil in the pod, scrape it with a stick.

My mother takes Lactulose, Colace, and Miramax so the poo goo sticks to the pod and mixer. Prevent the mess from contaminating the grass, dump it into a double layered bag, tie it twice. Wash the pod, rinse, dump again, gasp. Change gloves, step away, adjust the mask, fight the migraine pounding in my brain, throw the scraping stick in the trash, rinse the pod, add bleach, rinse again. Keep the dog from licking the poo splooge, oops, yuck, chain her up.

Set the pod under the UV’s of the sun, stretch out my aching back, soak the block of fresh compress, break it up into chunks. Chase away the goat after it jumps the fence not once but three times, note the black smears on my shirt and pants, heave, gag …

I was a retired RN and was used to disgusting odors and much but this- this was too much.

I was drenched in sweat. I stank of excrement.

My parents raised me in a pseudo Christian religious cult with a pervasive culture of misogyny. I found it impossible to live with prejudice and condemnation against everyone who didn’t believe exactly the same as the beliefs taught in the cult. I refused to pass on a heritage of fear and grief to my children. My choices were to leave or die. I left.

I choose to believe in a Christ of joy and hope. His unconditional love is ture.

I looked at my mother. Her once dark brown eyes were clouded over with the ravages of age. I looked past her bent frame, her white hair, fragile skin, wrinkled face, dark spots discoloring the backs of her hands. I pictured her as she once was, holding me in her arms, sewing me my very own dress I didn’t have to share with my two older sisters, and telling the black and white puppy was all mine.
Years later, she looked past my son’s missing arm and accepted Adam as the special child he was. For her kindness to my little elf boy, I would always be thankful to her.

I peeled off my mask, removed my gloves, rolled them into one another, and tossed them into a trash bag. I heaved a few deep breaths, whispered a prayer for patience, turned my back to her angry words … and forgave her. Again.
For more stories on the memoir of forgiveness:
https://www.aslongasibreathe.com/search?updated-max=2018-05-30T08:00:00-07:00&max-results=1&start=11&by-date=false 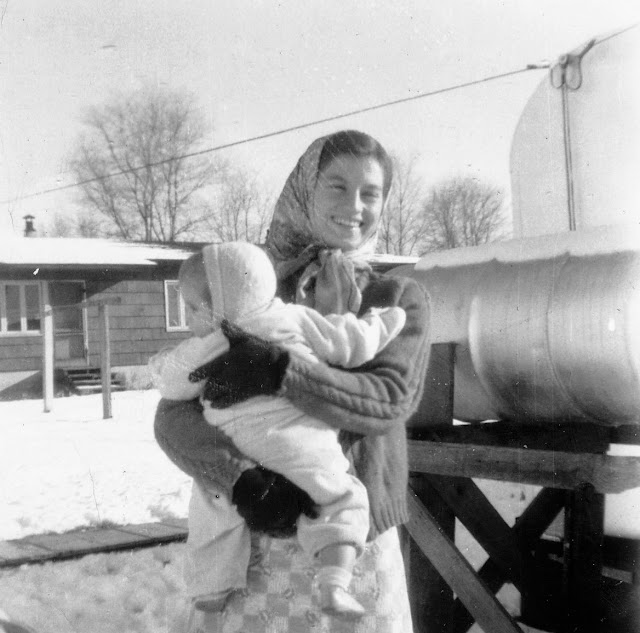