LIVING WITH PTSD - IMAGINE WHEN PANIC AND FEAR BECOME REAL


Imagine for a minute the following:

Your loved one doesn’t answer their phone. You leave text messages. You call. Your calls go to voice mail. Again and again.

You call their friends. No one appears to know where they are. You go over in your recall, what was your conversation last time? Did all seem well? Where have they been? Where are they now? Why don’t they respond? You drive over to where they live. You ring. You knock. You pound. No one comes to the door. And now you worry even more.

You rationalize your fears. You can hear them asking with a smirk in their voice, we are adults, don’t you know? They don’t have to tell you everything and you really don’t want to know. They are due their privacy but your concern turns to panic. Where are they? Don’t they realize you fret? You are their parents. It’s your job to worry. There is no clue of how they are. You drag yourself home. You pace the floor.

There’s a knock at the door. You jump. You frown. You scowl. You crack open the blinds. You look to see who is fracturing your mind. What do you detect? Two somber men standing, waiting. Your heart leaps and hurts as it skips beats. You know. But your mind is in disbelief. It experiences disassociation between what is real and what is dream.

Go away you cry. They shift their feet. They wait. You crack open the door. Poke out your face. Your eyes widen in panic. Hope tries to breathe. You notice two badges of gold pinned on their chests but they aren’t Willie Wonka from the magical chocolate factory. This is horror, waiting to swallow you whole. 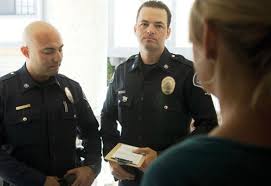 They whisper. They ask if they can come in. Their voices are hoarse. This can’t be good. This is not happening, this worst-case fear fueling your nightmares. It must be someone else’s life. The disassociation between why they might be here and why they are not blinds reality as if you were looking through a cracked looking glass. Maybe the neighbors complained about the trash. You haven’t had the strength to bring in the cans.

You say, yes, come in, if you must. But please, please lie to me and leave me in peace. No, stay. But if its bad news, don’t speak. Go. No. Don’t. Please tell me my loved one is okay. Please say they flew away. Eloped. Spring break. Alive. Having a fun time?

They ease their way in. Take a seat nearest the door, for a fast escape? Ask you to sit but you aren’t able. You tip forward on your toes. Sway.  You observe the grim on their faces, a subtle shake of their heads. Was that a yes? Dare you hope and pray? It’s not a yes. It’s a no. They are not okay. They have … been hurt? Car accident? What hospital? I need to go, run, now!

The shake of no on their faces sinks into … they are not okay.

Passed? Where? From this state, taking a drive, a trip on a train? Into the next state? In the US of A?

Policemen. Guns on hips, vests puffing out their chests. They bow their heads, together, separately … they can’t look at me. One mumbles something without saying a word … a prayer? The one on the right, the one in the faded gray shirt instead of black, moves his hand top to bottom, left to right … the sign of the cross from his head to his heart.

And you know what you’ve known for two days’ time.

You scream and holler and fall into a fetal writhing tsunami of shock, grief, loss, anger, hate. It hits and rips as you begin a marathon without water in 100 degrees - the ice of the arctic freezes air into fire. You gasp. Can someone tell you this is not true? Crunched into a corner, can’t find your way out of the abyss of …damn. You have no defense from this abuse of your soul. Grief is a cult of madness you join without choice. Who would?

There was an arrest, you’re told. Someone will pay - their life for the one they stole. You feel some small justice that the guilty – anyone – is accused.

You hold your breath and go through the agonizing death crawl trauma of a trial.

The monster goes to hell. You pray his skin is picked from his carcass, sliced from skull and bones. He needs to suffer. As you do now. You are proud to plan and pray for prejudice against such evil.

You struggle and cry and fight to pick up the crazy disabled pieces of your mind. You wish you had died instead of the one who did not survive. Was it a knife, bullets, fist, or hands around the neck? The monster used hate to kill. Doesn’t much matter how they died. The one you loved was murdered. Your life explodes. Murder murdered hope. Murder buried joy. Is bitter agony your future? Forgiveness was destroyed.

Ticking away time, two seconds, five, then fifteen, convert into minutes and makes a day. Calendars turn as anniversaries of what used to be grind: birthdays with their would-have-beens … if they were alive. Christmas: gifts bought and sit, unopened and stacked. Two years pass, five years, then ten as migraines pound their way through your brain and ravage your mind. It’s called PTSD, you’re told. It shows up in nightmare form during the days as nights bring torture.

Appeals are examined and denied – the convicted has rights, don’t you know?  Long white envelopes with the round stamped seal of the courts come and go.  Then one, a bit torn, screams open me now!

On re-examination and a last appeal, the convicted murderer of the one you love is exonerated because he or she was – innocent.

How can that be?

An innocent person was convicted while the real murderer has been living free – somewhere – no one knows. Unglued. It must all begin anew. Hell is having to go through it again and knowing you grew to hate someone who was innocent.

Two families were destroyed. Yours against theirs. Who suffered more? There is no justice in such despair. Who is to blame?

According to the Innocence Project, 400-000 to 600,000 innocent people are presently incarcerated.

According to the National Registry of Exonerations (NRE), as of 2017, there have been 139 exonerations from death row.
The reasons are listed below:

Official misconduct: police, prosecutors, or other government officials who significantly abused their authority or the judicial process that contributed to a wrongful conviction.
Eyewitness misidentification.
False confession.
Perjury or a false accusation.
No crime was actually committed. This includes nine murder cases.

On average, each exoneree was incarcerated for 10.6 years, totaling almost 1,500 years spent waiting to be freed.

Within hours of my son’s death, a herd of policemen and social workers showed up at my door. They weren’t reverent or kind or nice. They barreled their way in and accused me of murdering my son. I was terrorized. I couldn’t prove I was innocent. I faced seven to thirteen years of incarceration. Thanks to the benevolence of a kind attorney, they couldn’t prove I was guilty. 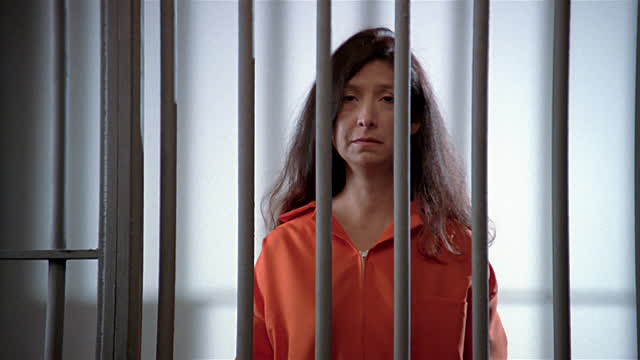