LIVING WITH PTSD - DISSOCIATION WITH STINK

Have you ever lived with someone who stunk so bad you gagged? I have.
Randy and I had four empty bedrooms, two full bathrooms, a loft, and a kitchenette/laundry room – all upstairs. Our kids had grown up and moved on with their own successful and independent lives. I missed the noisy acoustics of our busy, blended family and their friends: the swim team, indoor percussion groups and marching bands, the drama and art clubs, the parties, the sleepovers.
The electric keyboard gathered dust, the marimba no longer vibrated through the second floor or down the stairs. The yarn on the percussion mallet heads unraveled from disuse, and the foosball table was donated to charity. The absence of clatter was palpable. The silence of sound taunted me that the finest years of my life were over. They were spent in giving our kids the best heritage possible.
Rather than wallow in depression or cry, it was time to accept the change, and discover the joy in the next phase of our lives. Randy and I were emotionally attached to our big roomy house, but it was time to find a smaller home just for us and our two rambunctious rescue Rhodesian ridgeback dogs.
I spent nearly six months painting several ceilings, inside every closet, every door, and wall. I un-decorated, uncluttered, and neutralized.  I made new window shades, reupholstered, and “staged” the furniture. Randy resurfaced the pool, emptied out the garage, acid washed the driveway, and painted the barbecue shack and sheds.

We held a garage sale, donated truckloads to local non-profits, attached “convey” notes to large potted ficus trees in the foyer, our red leather couch in the upstairs loft, and a heavy, mahogany armoire in the master bedroom. We rented and filled two storage units. The kids anticipated our offers to give them what we couldn’t use. They answered their texts and messages, “No, mom, I don’t have any more room.”
In the middle of this, I was introduced to a young woman, a school teacher from Connecticut. She had a sad story. I’m a sucker for sad stories. Looking for an adventure, she had packed her van, driven to Arizona, and rented a room. Her landlord was a single father of two little girls. Two other young adults had rented a downstairs room. This single father was a misogynistic monster. He committed murder against his children while they slept. He wasn’t simply accused. He did it.
The young woman experienced extreme fear and PTSD. The horror and trauma of that event made her exit her residence and contact POMC, or Parents (and friends) of Murdered Children. I’m a facilitator for POMC so they contacted me. For pennies on the dollar of what we should have charged, I came to her rescue and offered her the use of our loft. I explained to we needed her to keep it clean because we were planning to sell our house. Bad idea. Stinky bad.
I don’t know why people refuse advice but she rejected the idea she needed to attend POMC support meetings. She also rebuffed counseling. I also don’t understand why people aren’t able to smell their own stink. Science explains it because I can’t.

It’s called olfactory fatigue, olfactory habituation, or odor adaptation. There’s a dissociation between a person’s own stench and how it is perceived. Febreze uses the term, “nose-blind,” when Jimmy or Matt are the only ones who are oblivious to the stench that makes others hold their nose and gasp. In the cave-man era, the nose became selectively disabled. Being unaware of their own foulness enabled the hunter to notice the presence of a predator about to pounce, or the danger of spoiled food.
The olfactory epithelium is a special grouping of cells. These are attached to the olfactory bulb by olfactory neurons within our brain. Microscopic molecules circulate and come into contact with these special cells and attach themselves. This causes an electrical signal to be sent up the neuron and into the brain. This process gives our brain the perception of smell. The nose is the only place where brain cells flap in the breeze. It’s our direct sensation of the real world.
In short, when a nose senses a specific odor, the receptors associated with that molecule interpret the source. When the receptors become overloaded, they can no longer respond. That’s how a person becomes nose blind.
I first noticed a disgusting odor when I found my dogs upstairs and in her room about a week after the young teacher moved in. They were rummaging through layers of soiled bras, dirty socks, stained underwear, inside-out shirts and yoga pants, looking for snacks. My dogs are hounds; they use their noses to seek out food, vermin, or decay. I gagged from the strong smell of BO coming from her clothes. It permeated the room. I collared the dogs, exited the room, and closed the door.
When she returned home from work, I talked to her as if I were her mom. She had a college degree but maybe no one had taught her about cleanliness or how to wash her clothes. I told her the truth of how offensive her room was. I gave her a pack of clothes hangers, a box of laundry detergent, showed her how to use the washer and dryer, and explained how she needed to pick up, throw away, or wash everything that was on the floor. She looked surprised. She asked for my forgiveness.
A week later, the hounds weren’t needed to detect the smell. It wasn’t her room. It was her unwashed crotch, the metallic smell of menstrual blood and old sweat that made me heave as she passed.
This time, Randy complained. Loudly.
I held my nose while I handed Stinky Girl a fresh bar of soap, a tube of deodorant, a towel, and explicit instructions on where, and how often to wash. I had hope she would learn. 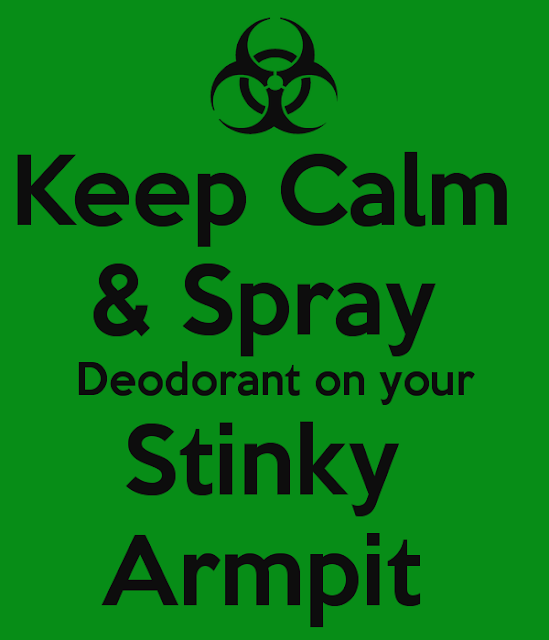 Randy and I hired a realtor to come over, assess our house, and put it on the market. The three of us went through the garage, the yards, the entire downstairs and most of the rooms upstairs before we walked into the room we had loaned to Stinky Girl. It was a secondary master bedroom and should have been a major selling point.
We couldn’t stay long. After about five minutes, all three of us retched and gagged. The stench so sickened me, it triggered a painful migraine.
Instead of cleaning up and airing out the room, Stinky Girl had piled another weeks’ worth of dirty soiled clothes, an empty milk carton, half eaten snack bags, and – yes, used tampons, looking like wounded soldiers marching in rows – all in piles around her bed. There was no justice for such filth and her disregard for our generosity and my patience. 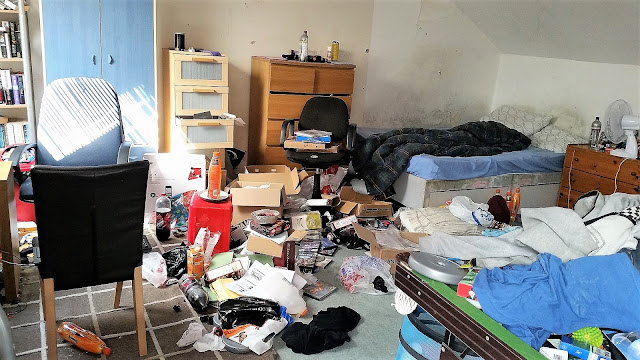 Randy and I panicked, became embarrassed, and babbled excuses to the realtor as we all went outside to breathe.
After the realtor left, we ranted and fumed as we reclaimed the room.
We opened all the windows, donned gloves and masks, stuffed all her shit into a dozen trash bags, and threw the bags into the garage. We shampooed the carpet, burned incense, and set out boxes of baking soda. It took several hours of scrubbing, but before long, the room smelled like the flowers that bloomed at the White Tanks last spring.
I called Stinky Girl and told her where she could pick up her stuff. She was no longer welcome in our home.
We did survive. Getting rid of the Stinky Girl was the best way to become un-nose blind – and sell our house for a good price.
I also promised Randy to show more prejudice and discrimination before rescuing anyone again – unless it’s another four legged friend.
We moved into our new house.
Our kitty’s name is Bella. She’s a feral Russian gray. We are teaching her it’s not okay to pee on the couches and carpet. She doesn’t like to use the litter box… 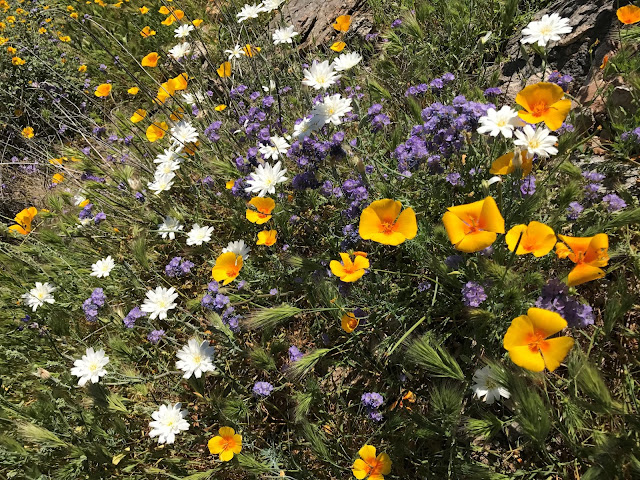